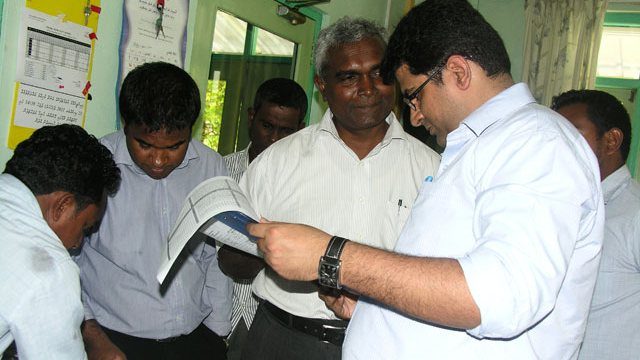 A team consisting of consultants appointed by World Bank and officials from Maldives Energy Authority visited Male’ Atoll Gulhi and Guraidhoo yesterday to survey their power system. The survey was part of the work being carried out to develop regulatory framework of the energy sector.